Jase groaned as his phone vibrated on the bedside cabinet. It could only be one of a select few people allowed through the Do Not Disturb blocker and, at—he checked—3.47am it was either very important, or a high or drunk or both friend deciding he needed to hear about their night. Which was important too, in a way, even though he had foregone much of the scene these days.

He rolled over, freeing his arm from where Danson had gotten it wrapped around and pressed against his stomach, and slid his thumb across the glowing screen.

There was a moment of silence, then a crackle before a monotone voice spoke, “We need you again.”

The line went dead and Jase dropped backwards into his pillows, phone still clutched in his hand. He could ignore it. It had been a while, and being with Danson had given Jase something of a new perspective on his occasional—what to call them?—extracurricular activities? Sidelines? Things he should never have done but did one out of desperation for the money and was now stuck doing on command under the threat of his deeds being revealed?

He thought of Danson. How his boyfriend would look at him if he knew the things Jase had done. All Danson knew was that Jase had struggled for a time out of University, finally finding his desired career as a sous chef in a kitchen at a high-end restaurant, where he fought for just enough hours to survive and the right to use his Bachelor of Culinary Arts. That was mostly true, bar the last part – Jase had quite a bit of money invested. The restaurant job supplemented it and let him do something he loved, whilst avoiding questions about how he afforded things. He was careful with the money he had, he knew getting flashy would both waste it and invite questions, and that spending it all would place him in financial straits. Instead, he lived on his restaurant wages and whatever he made investing the money. It wasn’t a fortune, but it was enough.

It had been some time since the last call had come, months before he had first met Danson, and now here he was, in a serious relationship with a cop. Jase imagined again how Danson would look at him if he found out.

Jase couldn’t stand that. Which meant he couldn’t refuse. He had to meet with his handler, and before he agreed to anything, he would force them to agree to letting him go.

He rose, dressed, and left a note for Danson, kissing his bear of a boyfriend on the forehead before bracing the pre-dawn chill,.

As he walked briskly to the all night cafe, Jase flashed back to the first time he had met his handler.

University had ended along with a two and a half year relationship and he had lost whatever fire he had once had. He had slid first into being poor, then into poverty, then into eviction, simply unable to summon the will to pull himself out of the pit, watching it get ever deeper with a dull feeling of panic that he couldn’t coalesce into action.

Crushed by shame and pride and a solid wall of depression, unable to ask for help with food, rent, anything, he found himself homeless in the middle of winter without really realising what was happening. He walked the streets, wearing all of the clothing he owned in layers, each one with another layer of newspaper between, trapping as much heat as he could. He begged for money during day, shivered the nights away in alleys, each day melding into the next, occasionally turning and running from a familiar face, hoping they hadn’t seen him.

He still couldn’t say for sure whether walking in front of the car was intentional or accidental, but he woke up in hospital, warm and comfortable for the first time in a long time. Even the pain from the broken ribs, arm and jaw couldn’t take away from that feeling. When the doctor told him he was about ready to be discharged, he cried desperate, stomach-heaving sobs as the panic overwhelmed him.

That same afternoon, the handler took a seat by his bed, giving him a look that told Jase he saw and knew everything, and made him an offer. Jase accepted it on the spot—anything to avoid being homeless and hungry again. Anything to avoid the chill that got so bone deep you forgot what warmth was, the gnashing and gnawing of a stomach desperate for food, the aches of trying to sleep on hard ground, the smells of restaurant bins as you rooted through, the dizziness of your third day without solid food, the wet cramps of having eaten something rotten. Anything, Jase promised the man. He would do anything.

Now, Jase slid into the chair across from his handler, whose piercing blue eyes looked straight through him and into his head as always.

“You’re here to discuss how to make us leave you alone,” the handler said, after breakfast and coffee had been ordered.

Jase nodded, concealing a smile, of course he already knew, the handler always already knew. “I want to be free to live my life. How do I get you to let me go?”

The handler smiled, “We thought you might ask this, given your new circumstances. Complete this final job for us, and we’ll never contact you again. You’ll be free of us, for good, our promise.”

“And I can trust your promises?” Jase frowned.

The handler shrugged and flashed a broad, charm-filled smile at the sleepy young server who brought them their food. “You have no reason to believe me, I know, but that’s of no import to me. One last job, and you’ll be free of us.”

Jase ate quietly, deliberating fiercely as he chewed. He had no leverage, nothing on them, just hope that they would actually do as this man was saying. One last job and he was out, was the promise They would either keep it, or they wouldn’t, but he knew that refusing would result in his work being revealed. Probably directly to Danson, given they knew about him—and of course they did, they would keep a close watch on all of their assets.

There was really no other way out. He knew it. He didn’t have to like it. But he knew it. He couldn’t let Danson find out.

“Alright,” he said, wiping up the last of his food with a folded piece of toast. “One last job, then you’ll stay away from me forever. What’s the job?”

The handler told him, made sure he had memorised the details, then paid the bill, left Jase with a bundle of notes as payment, and left. 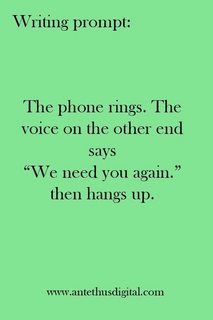 If you enjoy the stories and blogs on my site, please share them, every one of those helps.
And if you really enjoy them, please check out my Patreon, or the tip jar on the sidebar to the right, and consider helping me do more and better things!
Thanks for reading!