Note before we begin this story, if you’re unfamiliar with the use of the singular ‘they’ as a pronoun replacement for he/she, please check out these links:
https://www.merriam-webster.com/words-at-play/singular-nonbinary-they
https://nonbinary.wiki/wiki/Singular_they

Egs, Danson and Jase woke with hangovers. Danson in the main bedroom, Egs in the spare, Jase on the sofa. After grumbling their way through coffee and toast, Danson and Egs dressed.

“You, stay here,” Egs warned Jase. “We’ll figure out what we’re doing with you, but right now we need to talk to the kidnappers, and their kidnapped, see if we can get any info on this goddamned creature.”

Danson looked at him, took a step closer, then changed his mind, turning away to collect his coat and exiting the house, leaving the front door open.

Egs nodded to Jase and went after her partner.

“I know I have to talk to him properly,” Danson said, climbing in the passenger side of their unmarked car.

Egs nodded, “And we can’t keep his confession under our hats for long, either, they’re investigating that fire and that means less focus on other cases, while we know who’s to blame for this one.”

He sighed as the car backed out of the driveway, “I know. I can’t just do nothing. Jase knows it, too. But I feel like his mysterious handler is connected to this, else why burn down the warehouse? We need to look into the other times he did things, and find connections.”

“We can do that just as well while he’s locked up, and our other folk are freed from looking for an arsonist they won’t find,” Egs pushed gently.

“I know. I know,” Danson looked over, large tears spilling over from his eyes. “Tomorrow, okay? After this, we’ll talk to him, see what we can get, then he can turn himself in to you, with everything.”

Egs nodded, letting the subject drop. “So what order should we do this? Kidnapped or kidnappers first?”

“Kidnapped. None of them are going anywhere right now so we can always drop between them, but let’s try and take some of the pressure off the victims first. I can talk to Vicky alone, if you’d like.”

Egs gave him a sad, grateful smile, “I’ll be there, but if you could take the lead I’d appreciate it. She’s just too much like him.”

Danson nodded. He hadn’t known Egs when her brother overdosed on his crap, but he certainly knew the pain it had caused her. A long time spent in close proximity did that for good partners – you got to know each other’s pain and weak spots, and how to help them with it – and when to ignore it and let them get on with things.

Arriving at the hospital, they gained the room numbers from the perky receptionist, who looked them up and down with his piercing eyes before giving them his most glowing smile. “I’m here to help you, specifically,” it said. “I’ve been waiting my entire life for this exact moment where I can help you with this exact thing, and gosh darn it I’m so happy you’re finally here!”

Danson’s response to this was to glare back, something which seemed to bounce right off.

Egs was to turn her own charm up a few notches, until it felt to Danson like the world might explode with peppiness before they managed to achieve anything.

Both victims were in private rooms on the same intersex ward, and the two detectives made their way to the lift, then up three floors.

Drew’s room was empty, but they heard voices from Vicky’s room and stepped through the door, which had been left ajar.

Drew was curled up in a hospital chair, reading to Vicky from a battered-looking book.

““How much for that?” I asked, nodding to my sword hanging on the wall,” they read, then caught a glimpse of movement and looked up.

They recognised both detectives and uncurled themselves quickly, the book disappearing and a protective shield coming down over their face.

Aside from a number of blossoming bruises, they looked fairly well, but Egs and Danson both knew there were broken ribs beneath the hospital gown, lungs with burns from the fire, and one arm with burns that would require grafts. Still, Drew looked well, for what they’d been through.

Vicky was another matter. She was clearly under some sedation as her eyes, pupils wide, rolled over to them, followed a moment later by her head. There was a sheen of sweat across her face, and a trembling and occasional jerking in her limbs, that Egs recognised very well. Vicky was well into withdrawal, and the sedation could only help so much. Her neck was in a brace, and they knew beneath the gown that both shoulders had been dislocated, some ribs and one arm had been broken, and her lungs suffered from smoke inhalation.

Egs nodded, “I know. Believe me, I know. Are the nurses caring for her properly? Do we need to talk to anyone to make sure?”

Drew nodded slowly, “They aren’t all happy about it, but yeah. They clean her up when she can’t get to the toilet, and they keep her sedated so it’s a bit easier, and the social worker said when she’s well enough to leave here they’ll get her proper help – counselling and a halfway house and that.”

“Good, and it looks like you’ve been helping too,” Egs smiled at Drew.

“I feed her as well as I can. And she likes to be read to. I dunno how much she takes in, but she likes it – she told me. I got nothing better to do, and, I mean, we were both…in that place.”

“And we need to talk to you about that,” Danson touched Egs gently on her elbow, their signal that one of them was taking over from the other, and she took an almost imperceptible step back as he pulled up a chair by Drew and sat down. “I see Vicky is in no shape to help us right now and that’s alright, but it means we need you twice as much if we’re going to sort out the people that did all this.”

Drew nodded, “I’ll tell you anything I know. Last time you thought I was a murderer, but it’s something worse than me, isn’t it? I saw it in his eyes. Elliot’s. Is he still alive? Did he make it out?” Drew’s voice shook slightly as they asked.

Danson nodded their head, “That’s the name of one of them, but right now he’s under full guard, and he can barely move, from what we’re told – he was burned pretty badly in the fire.”

Drew bowed their head, “There’s something in him that’s not human.”

Danson listened closely as Drew told him everything that had happened in the warehouse.

“And then the fire started. They all panicked, but Elliot made them keep chanting, said the creature would protect them. They stayed there even when they were on fire! But keeping them still made him forget about us.” Drew raised their heavily burned arm.”I shuffled my chair over to the fire and stuck my arm into it, burned away the rope, untied the rest of me and then Vicky, and crashed out through a bit that was already collapsed.”

Drew’s voice began to shake towards the end, and they dropped their head as they cried. “Everything hurts so much, but I got us out, but he’s still alive, and he won’t let us go.”

Danson placed a broad hand on Drew’s back, “Then you need to know something. We believe everything. The creature, everything. We’ve seen it. It wants us, too.”

Drew looked up at him, surprised.

Danson nodded, “Yep. We can talk more about that later, if you want to help us – but if you’ve had enough of this game then I’d rather you knew less and kept out of it. And Vicky,” Danson looked over to the bed, at the stoned eyes watching him carefully, “You should be out of this entirely. Get clean. See if you have a life to live outside of the drugs. Or don’t, that’s really your choice. But you get this chance.”

Vicky’s head moved slowly up and down, her neck brace combining with the sedation to make it the smallest nod Danson had ever see. But it was one, and that was enough for now.

“Alright. We’ll talk to you again later. Drew you have a think on what you want to do, but there’s no shame in bowing out, especially after everything you’ve already been through.”

Drew nodded and opened the battered novel. They began to read again as Egs and Danson left, closing the door behind them.

As they turned to make their way to the elevator, to visit the kidnappers, both under police guard, they both saw a billowy movement and swung back.

Barely visible beneath the fluorescent track lighting, the ghost of Alison hovered, looking much the same as before. Head staved in, silvery gore dripping thickly from the wound.

Egs and Danson stared at the ghost.

“But we have to see him,” Egs protested. “We have questions, also we’re detectives – we can’t just not ask one of the criminals questions about their crime.”

The ghost fluttered for a moment, swaying from side to side, “Cover. His. Eyes.”

“Maybe.” The ghost responded and faded away.

“Well that’s all awesome,” Egs muttered, beginning to tromp down the hallway again towards the elevators. 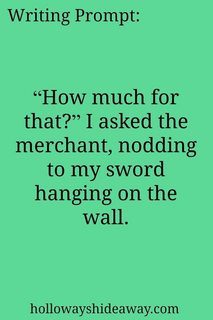